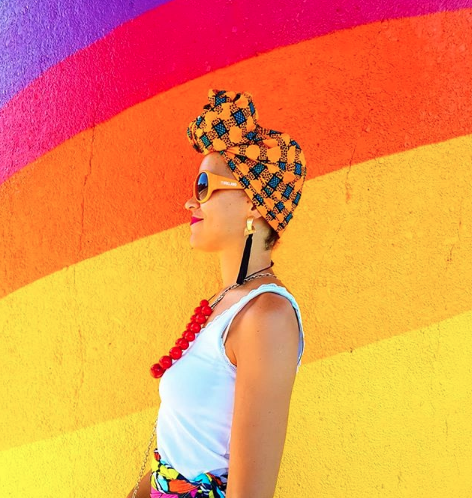 Right now the world is at a stand still. We cannot move as freely as we were used too and therefore nobody is travelling unless it's essential. But because we are limited physically doesn't mean we have to be limited mentally.

A lot of people are spending a lot of time online and the internet can be a great source of inspiration if you know where to look. And yes you can even travel virtually as some music videos pay a beautiful homage to certain destinations it will make you wish you were there.

Below I lined up 16 music videos that are mesmerizing, inspiring and make me want to travel!

Recently saw this video from Jonna Fraser and Darkoo & Diztortion and was blown away! From the beautiful landscapes to the artistic minimalism this whole video is a vibe and makes me want to travel and dance

After many years Snoop Dogg & Pharrell Williams' Beautiful is a classic that shows how beautiful and marvelous Rio de Janeiro is, my favorite city in the world. This video not only captures the city's beauty but also introduces you to hidden gems (at least it was hidden for very long) like Parque Lage, also known as the little Taj Mahal as it was build out of love. If you want to know more about the Rio de Janeiro hotspots featured in the video see my video below.

French Montana paid homage to his home country in this delightful music video that celebrates the beauty of the Moroccan culture from its rich traditions to magical landscapes.

Sefyu is a an artist who teaches, informs and provokes with his mind-stretching music. In this video he celebrates his passion for his roots in Senegal and football. Not everybody knows this but before becoming an artist he was a footballer and Arsenal offered him a one year contract that he refused because he was injured.

I love seeing artists who are proud of their culture and show that love in the most beautiful way. Bollebof showed the true beauty of the São Nicolau, an island in Cape Verde, with this Summer laid back song that is inspiring to all your senses. And if this doesn't make you want to travel to Cape Verde I don't know what will

Gente de Zona highlights the vibrant, bustling streets of Havana in this musical cultural celebration that aims to unite all the colorful latin cultures.

Lisbon is the captial of Capeverdean community in Europe. Besides Capeverdeans you'll find a rich mix of people from Angola, Guine Buissau, Mozambique, Brazil, Angola and much more. Lisbon has become a rich cultural melting pot that Dino D'Santiago aims to unite with this high vibrational music. Rooted both in Capeverdean and Portuguese culture, Dino embraces all sides of his cultural identity that is African, Creole and Global!

Cape Verde is such a beautiful country with 10 islands offering you different sites, views and a beauty that is as diverse as the people. Fabolous celebrates Cape Verde's diverse beauty in his music video Choosy that will make it hard not to choose Cape Verde over and over again.

AROUND THE WORLD AND BACK
Anitta - Medicina

Anitta takes us around the world in this colorful video that celebrates different cultures and traditions. Diversity colors our world with beauty and makes us rich if we let it.

AROUND THE WORLD AND BACK
Justin Bieber - Company

Travel with Justin Bieber and keep him company in his music video. The video shows highlights from his travels around the world and some BTS of his concerts

After visiting Guadeloupe last year I discovered a rich landscape and diversity in activities. Everything seems possible and it's not overcrowded with tourists. One video would not be enough to capture everything that makes Guadeloupe beautiful but Pa Si Move does excellent job at showing us the butterfly island from the sky.

If you want to learn more about Guadeloupe, check out my video below

You know you've done a good job at promoting a destination when it becomes the soundtrack of every visit to Miami. It's been 9 years yet Will Smith's Miami is still a classic

Natiruts is my favorite brazilian band. They spread positivity with their uplifting music and their song Natiruts Reggae Power is one of the songs that marked my first visit to Rio de Janeiro. Their concert took place somewhere in Rio that I still cannot identify but this location is GOALS! What makes this song even more beautiful and cool is that they also recorded a music video in Cabo Verde. Brazilians don't know this yet but Brazil and Cabo Verde are twinflames, destined to be united in power and love for the goodness of all.

Although I grew up thinking They Don't Care About Us was filmed in Salvador it also features Santa Marta, a community in Rio de Janeiro. What I later found out in Santa Marta is that Michael Jackson put this community on the global map! It was a huge challenge to get the brazilian government to agree to film there as they didn't want Brazil's "ugly side" to be shown to the world. Yet the opposite happened! After MJ filmed his iconic video, Hollywood movies came, artists came and filmed their music videos there and Cara Delevingne did an colorful shoot for Vogue Brazil in Santa Marta.

In Salvador Michael Jackson celebrated and educated us about Olodum, a socio-cultural movement who aims to empower black people through art, dance, singing and percussion.

Boom Boom is colorful, cultural and celebrates Morocco's beauty and richness all wrapped up in a catchy song

What music video makes you want to travel?